Why Bitcoin and Cryptocurrencies are still so exciting 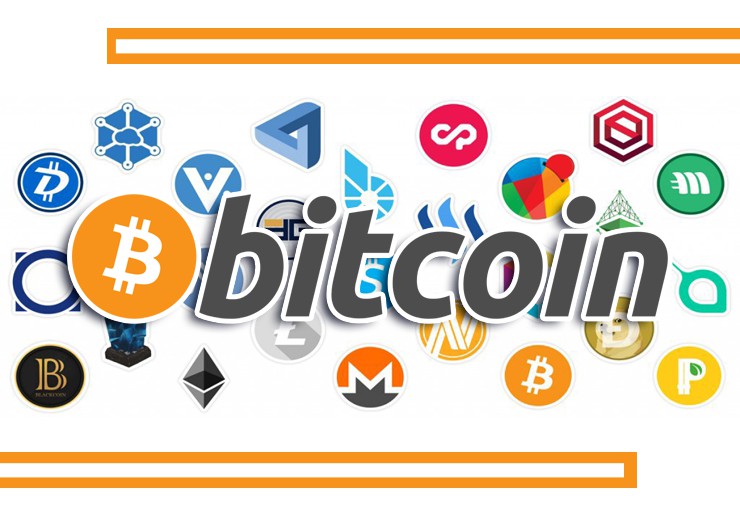 Bitcoin was very exciting in December 2017, when crypto prices spiked through the roof and continued to explode like fireworks in Q1 2018. Now things are exciting in other ways associated with the bonfire of change that still awaits some major gusts of wind. Banks meanwhile, continue to have their use, but still suck in comparison, charging hidden fees and just getting in the way of things, in the name of ‘protecting your money’. They also benefit from people getting into debt, albeit with the help of people themselves of course.

A new financial system is emerging, integrating with the old right now, but which will completely change the face of the old system, even though some banks may do well in adapting and transforming.

Bitcoin… it  offers secure, personal control over your money in the first truly global currency.

Ethereum… platforms and decentralised finance. ‘De-Fi’ is filling up with mind-blowing projects that have never before been possible until blockchain technology (thanks to Bitcoin) emerged, and produced the next evolution: ‘smart contracts’. These are financial agreements that are fulfilled technologically instead of by intermediaries, via written signatures etc.

Bitcoin and Ethereum are not flawless, but the flaws - and their bright future - outweigh the old system.

After the hype ran its course in 2018, people are being more realistic about ‘mass adoption’ of cryptocurrency. Yes, there may be much more user-friendly versions of Bitcoin emerging, but many people are more aware of the struggles they will face in finding adoption, which Bitcoin has already found to some extent. But competition is still at large, and there is much room for the best ones to find their feet. Bitcoin meanwhile, is turning into a store of value, a rival to gold in which to hedge in times of uncertainty, at the same time as its development continues, including its second-layer technology. However, people are still hesitant about Bitcoin’s future, since it’s all so young.

The more likely scenario is that Bitcoin will achieve greater adoption via its integration into the existing system. It’s wise to keep an eye on young ‘fintech’ companies where the experience of using cryptocurrency is being made into more of a reality. Payment cards like the Coinbase card, NEXO collateralised credit, Wirex and Revolut accounts. All of these names provide mobile apps today, with everyday payment features and with Bitcoin integrated in some way.

Regulation for cryptocurrency has been slow and annoying. It was always going to be tricky, considering what Bitcoin represents. With more endorsements and encouragement, crypto would have boomed already like it has in some other countries. Some of these countries have needed something like Bitcoin, due to the inadequacies of their own financial systems. The west will probably have need of it too, in the event of the next crisis.

So, after a big pull-back in 2018, which in many ways has been good for cryptocurrency development and washed away a lot of detritus and speculation, some things are certain. Bitcoin has easily stood up to scrutiny, it’s not going away, and development and interest continued at an unstoppable pace across the space. Some fruits are beginning to emerge, many in the shape of the integrations mentioned above and regulations being forced to adapt.

Meanwhile we live in a time of growing concern about climate change, the economy, global trade and the state of the European Union. This can actually play into the hands of decentralised technology and cryptocurrency, but it can also reduce the opportunity for risky investments to flow into new projects. However, there has already has been - and continues to be - a big flow of capital and the following buzzwords are the ones to watch:

Telegram. TON. Gram tokens. Indeed, the Telegram Open Network blockchain is coming. It’s a online chat and messaging service with a huge existing user-base. This area could be the killer area for blockchain to draw users away from Facebook etc. and begin the revolution. Quite a few hurdles remain, principally whether the TON blockchain can handle the expectations.

EOS. One of the leading blockchains. ‘Voice’ is coming, a social network to demonstrate its fast technology and promote better dapp integration. However, EOS has its own internal - solvable - issues to keep under control, including the threat of centralisation with its existing voting mechanisms. More secure ID’s are also coming, which could encourage interesting upgrades and solutions.

Facebook and Libra. There are many who care about this, but it’s not easy to. There is no doubting Facebook’s power of sharing and groups, and as a contact directory with everybody you know still on it, but... it’s also a dinosaur overweight with features and integrations. Facebook’s infrastructure cannot adapt to blockchain, unless it launches something completely independent and… decentralised. You could even argue that Facebook’s achievement with adoption is now holding back decentralisation and real cryptocurrency as users are too unwilling to switch to the benefits of a new paradigm. It just means that this new paradigm will have to prove itself independently and achieve its own kind of adoption. Or just wait for Facebook to make another big mistake or breach, which is likely considering the quantity of users all integrated with a less robust, tightly controlled technology.

Binance. You can’t ignore the important position, presence and technology surrounding this leading crypto exchange, which also now has a decentralised exchange and its own blockchain. Binance Chain and the BNB token is one to watch.

Bakkt. Bitcoin will become more active and its liquidity should improve with the upcoming launch of Bakkt futures contracts, settled in actual Bitcoin. More development should then follow because we do need to see less speculation and more utility for Bitcoin.

It’s wise to stick to the top 10-20 leading cryptocurrencies. Beyond all this… as mentioned, the future is uncertain. Cloudy, it is.

A range of different cryptocurrencies and dapp platforms will likely succeed. And something unexpected to most people but which seemed obvious all along, in retrospect, will come to pass.

It’s not easy for something completely new (like Facebook once was) to suddenly achieve mass adoption. These are rare events, born out of major technical development (like the internet). Amazon’s success was a much more painful process of growth, although it made the right moves. What’s more likely is rapid growth from something obvious and well integrated with structures that exist today. When you’re well positioned, it’s much easier to make those moves.

But people have understood what Bitcoin and crypto is. People want to use it more as an alternative to banking, and online with tipping or donating to people and organisations, for sharing it, exploring other cryptos, investing or just for holding it.

The projects that are working to make this happen today - that you yourself might be willing to keep using and enjoying, if you’re currently doing so - will probably be the ones to experience major growth. Because they work. Because people are getting used to them. Because they’re not just about price and speculation but about utility and integration.

So you can keep your eye out for the next development that enables this, or just keep supporting what you’re using and enjoying with crypto right now.